“The house talks. It is not just a financial investment, or even a house. It is the place of a home, a well-being, an intimate space of human life“. Laurence Druez, “Chaque maison a son histoire” (éd. Institut du Patrimoine wallon) *

Many of you ask me questions when you visit the “Matin tranquille” guest rooms and… I like to tell stories! Also, here’s what I know about my house. 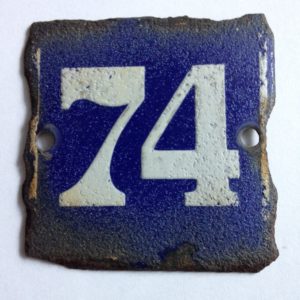 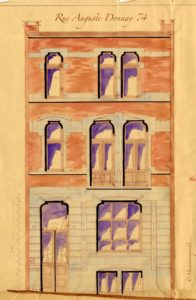 Above is the original enamelled plaque of the house number in the street.

The watercoloured plan of the building permit application submitted on 15 November 1932.

The house, which now houses the “Matin tranquille” guest rooms, was built on land acquired on 19 November 1932 from “Mr Charles Joseph GAUSSET, telegrapher (this is, for sure, a profession that we no longer meet often) and Mr Hubert Joseph Emile GAUSSET, industrialist and his wife Marie Jeanne Reine dite Berthe (Admit that it cannot be invented! I sometimes complain about calling myself Marie Madeleine, known as Marlène; but, there, they did a lot, didn’t they?)

The application for a building permit, as you can see in the document below, dates from 16 November 1932. It had been introduced by François LOIX, master mason, domiciled in the same street Auguste Donnay at number 37. 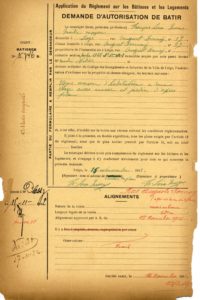 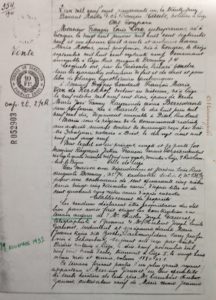 As you can see in the notarial deed above, on June 30, 1941, Mr. François Louis LOIX, (now an entrepreneur;)) and his wife “ that it assists and authorizes “ ( ??!!! what is behind this formula?) woman Marie Moens resell the house where they lived to the VAN DE KERCKHOF spouses who rent the house. The house will be rented for forty years to the same tenants and some of them are charming neighbours still on the same street! In this time the spouses VAN DE KERCKHOF will make a donation to their daughter who will sell it to us in 1986.

Purchase and BIG renovation work in the summer of 1986 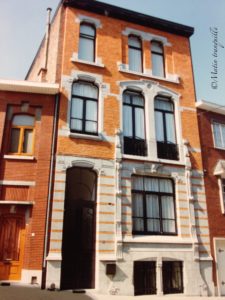 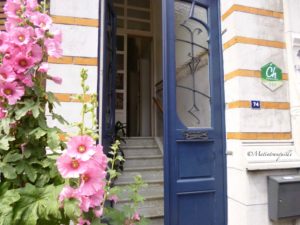 After the major cleaning of the facade in 2000

Since 2009, the house has become “Matin tranquille”, bed & breakfast

What follows, I know with less certainty. This was told to me by Mr. Marshal, our neighbour across the street (the beautiful Art Deco house at number 57) the year I bought the house, in 1986. Mr. Maréchal, who had already retired a long time ago, had taught me that some of the materials used to build the house came from the demolition, after a fire, of a bank on le boulevard (boulevard de la Sauvenière or boulevard d’Avroy? I didn’t ask (alas!). I promise myself to search (one day!) in the archives of local newspapers for the trace of these flames. Perhaps due, according to Mr. Marshal, to the desire to conceal documents compromising after or during the 1929/1930 financial crisis. Sulphurous, isn’t it? It works on the level of dates: crisis in 29/30, building permit at the end of 1932. But… ?

Research to clarify this hypothesis resumes in May 2019 (see footnote). Je finds some time and make an appointment at the Captain Ulysses Library. The charming librarian had copies of the 1929 and 1930s newspaper La Meuse brought in. I am fascinated by reading these old newspapers and, when I read some articles, I feel the embers smouldering… Until February 10, 1930, when I found this: 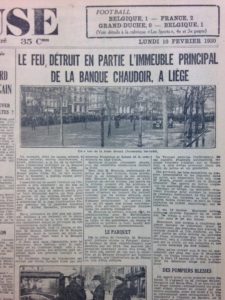 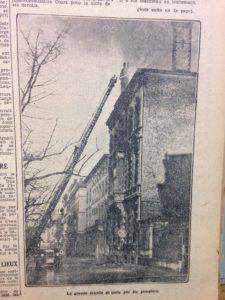 Is that the fire my neighbor was talking about? The dates and circumstances are consistent, but the building’s photo does not allow for a detailed examination of the architectural elements.
When you look at the photos of the articles, the architecture seems to correspond to the large and large eclectic buildings of the 1880s. The architectural details do not seem to coincide with the Art Nouveau elements of the “Matin tranquille” façade.
It should therefore be checked whether this can come from an annex building, for example. So…. following the next issue;)

* Dr. Laurence DRUEZ’s magnificent book “Chaque maison a son histoire”, Guide des sources relatives au patrimoine immobilier, published by the Institut du Patrimoine wallon, will give you the keys to an exciting search if you are interested in the history of yourhouse. It is on sale at the State Archives in Wallonia and Brussels or by e-mail via publicat@arch.be 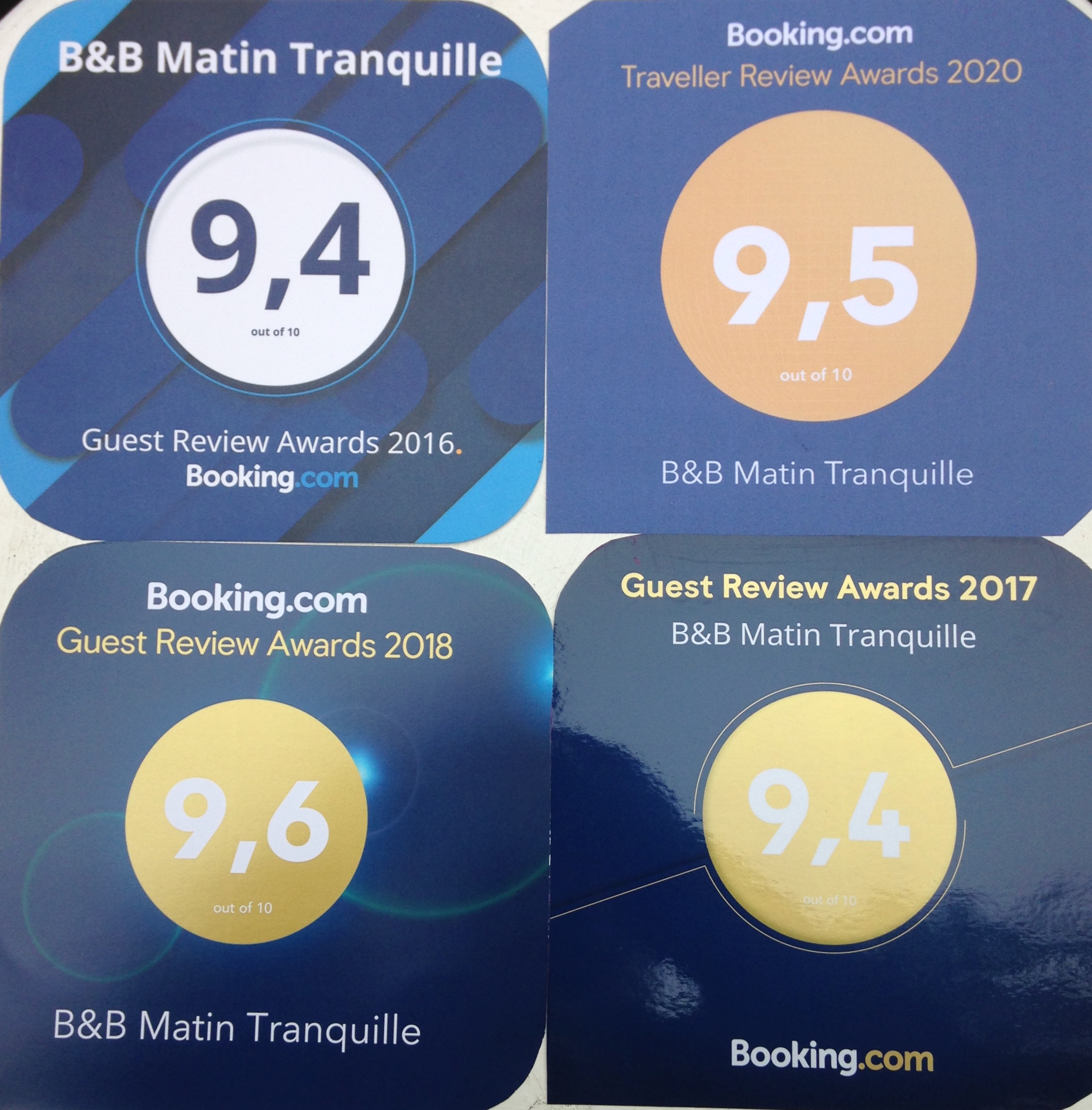